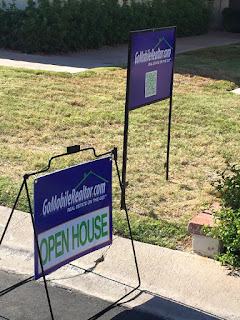 Huge News today as it was announced that the very first real estate transaction to be recorded on the Blockchain occurred in the Ukraine. This has been something that those of us who advocate for the development and use of smart contracts in real estate have been waiting for.

The idea is simple but the implementation has been tricky: Using the Blockchain ledger to record real property to solve ownership issues around the world. The development of smart contracts is wildly interesting and their applications hold exciting potential. It would be easy to say that we are at the infancy of this new development but with this news today it looks like we just learned how to walk!


READ THE FULL ARTICLE:
BLOCKCHAIN USED TO SELL REAL ESTATE FOR THE FIRST TIME
No comments:

Have you broken most (or all) of your New Year's Resolutions already?

2016 is the year of the Monkey on the Chinese calendar and so far it has given us a sneak preview of what is sure to be a wild year.

From the stock market to the political arena all of the old rules seem to have gone out the door.

Deacon Hayes of U.S. News has 5 suggestions for ways to make 2016 your best financial year ever.

No matter what your strategy is there is one thing that is very clear. We are all going to have to realize that there are a new set of rules being thrown out there and the people who will be left behind will be those who hold tight to "the way things have always been done in the past".

IoT and the future of business in a connected world

The term IoT or The Internet of Things is a relatively new term. For many of us VCR's became obsolete before we even mastered changing the flashing 12 to read the actual time. But now the Internet of Things presents an entirely new set of challenges beyond being able to set the clock.

Moving from a standard typewriter to a desktop computer was not a stretch. We understood the basic functions of using the computer for basic word processing and spreadsheets. And we marveled at it. Professor's at Universities didn't know what to do with homework assignments that were turned in on green and white striped dot matrix printers. How did they know that it was actually the student in their class who was doing the work or if it was someone else?

Moving from desktop computers and transferring data via floppy disks to sharing data via the Internet was not a complete stretch. We did have concerns about the security of our data and for the first time we began to really consider privacy issues. But this still seemed manageable.

Then came social media and in particular facebook where you were required to put in your real name. People who were doing business online had to try and figure out how to mesh their business with this new social media world. MySpace was really the first big social media platform and was adored by every teenager on the planet. Then came Facebook which was something that adults could understand a little better. Setting up an account was simple. You were limited in the customization but that's how we liked it. LinkedIn became the place to put your business resume but we weren't exactly sure how to use that site either. And Twitter. Twitter gave us an entirely new way to communicate quickly and share ideas in the moment.

As the technology grew exponentially and cellphones went from being gigantic bricks that just called other people to credit card sized devices that were more powerful than the computers we had on our desks in the 80's things changed. We discovered ways to connect our devices to the internet and remove the clunky wires all around our offices. Tablets, smartphones, fitbits and other wearables and video games all connect us to the internet now.

The Internet of Things

But we have just scratched the surface. Our electric meters on our homes have been replaced wtih smart meters that don't just send information back to our utility companies telling them how much to charge us each month. Now these meters are providing all kinds of information that are supposed to improve how our utilities are delivered and utlimately save us money and make our world a little more green.

Other household items that connect with the internet that we didn't think we would need to be connected:
But that is just the short list.

Before going to CES (the Consumer Electronic Show) it wasn't clear to me why we would need a refrigerator that connects with the Internet but now I can't wait until our kitchen is a smart kitchen.

And while all of these devices are super cool and the way they can make our lives easier is even cooler there are some concerns about what all this connectivity means to our personal privacy and security.

The FTC just published their report The Internet of Things: Privacy and Security in a Connected World

It might be a good time to us to look at the gadgets that we have embraced and think about what this means to our businesses and our families moving forward.